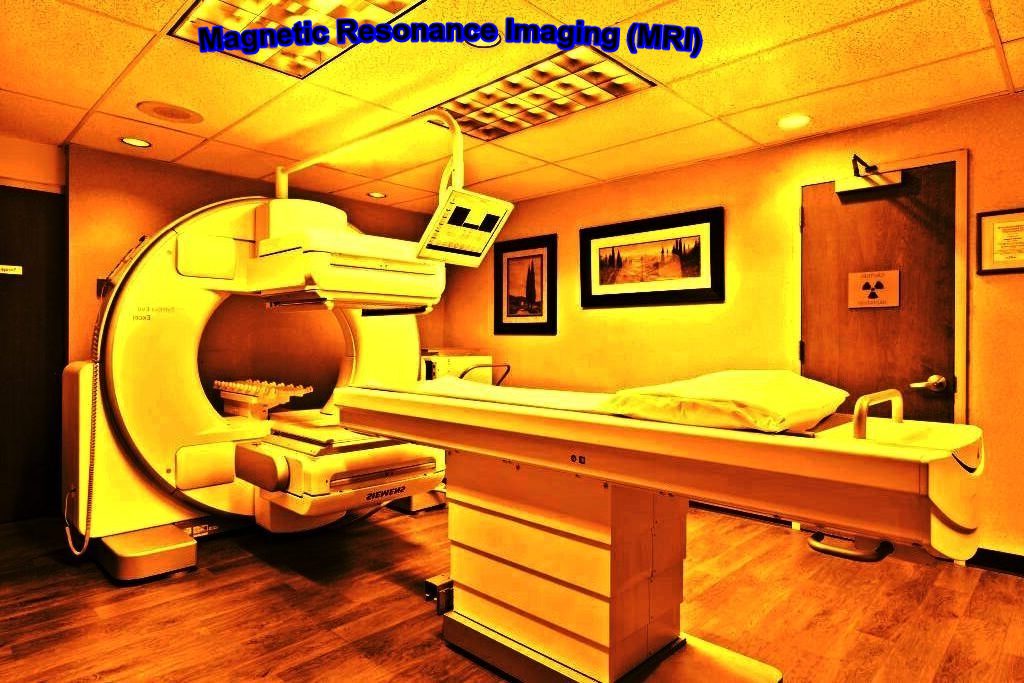 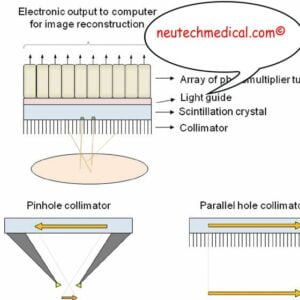 It is also called a scintillation camera or Anger camera and it is used to image gamma radiation emitting radioisotopes, a technique known as scintigraphy. The applications of scintigraphy include early drug development and nuclear medical imaging to view and analyze images of the human body or the distribution of medically injected, inhaled, or ingested radionuclides emitting gamma rays.

A gamma camera consists of one or more flat crystal planes (or detectors) optically couple to an array of photomultiplier tubes, the assembly is known as a “head”, mount on a gantry. The gantry is connect to a computer system that both controls the operation of the camera as well as acquisition and storage of acquired images. The construction of a gamma camera is sometimes known as a compartmental radiation construction. The system accumulates events, or counts, of gamma photons that are absorb by the crystal in the camera. Usually, a large flat crystal of sodium iodide with thallium doping in a light-sealed housing is use.

the crystal scintillates in response to incident gamma radiation. When a gamma photon leaves the patient, it knocks an electron loose from an iodine atom in the crystal, and a faint flush of light is produce when the dislocated electron again finds a minimal energy state. The initial phenomenon of the excited electron is similar to the photoelectric effect and the Compton effect and after the flash of light is produce, it is detect
Image construction.

o Photomultiplier tubes (PMTs) behind the crystal detect the fluorescent flashes and a computer sums the counts.

o The computer reconstructs and displays a two-dimensional image of the relative spatial count density on a monitor. 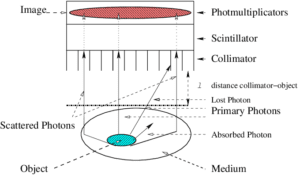